Teaching has always been Peter’s passion 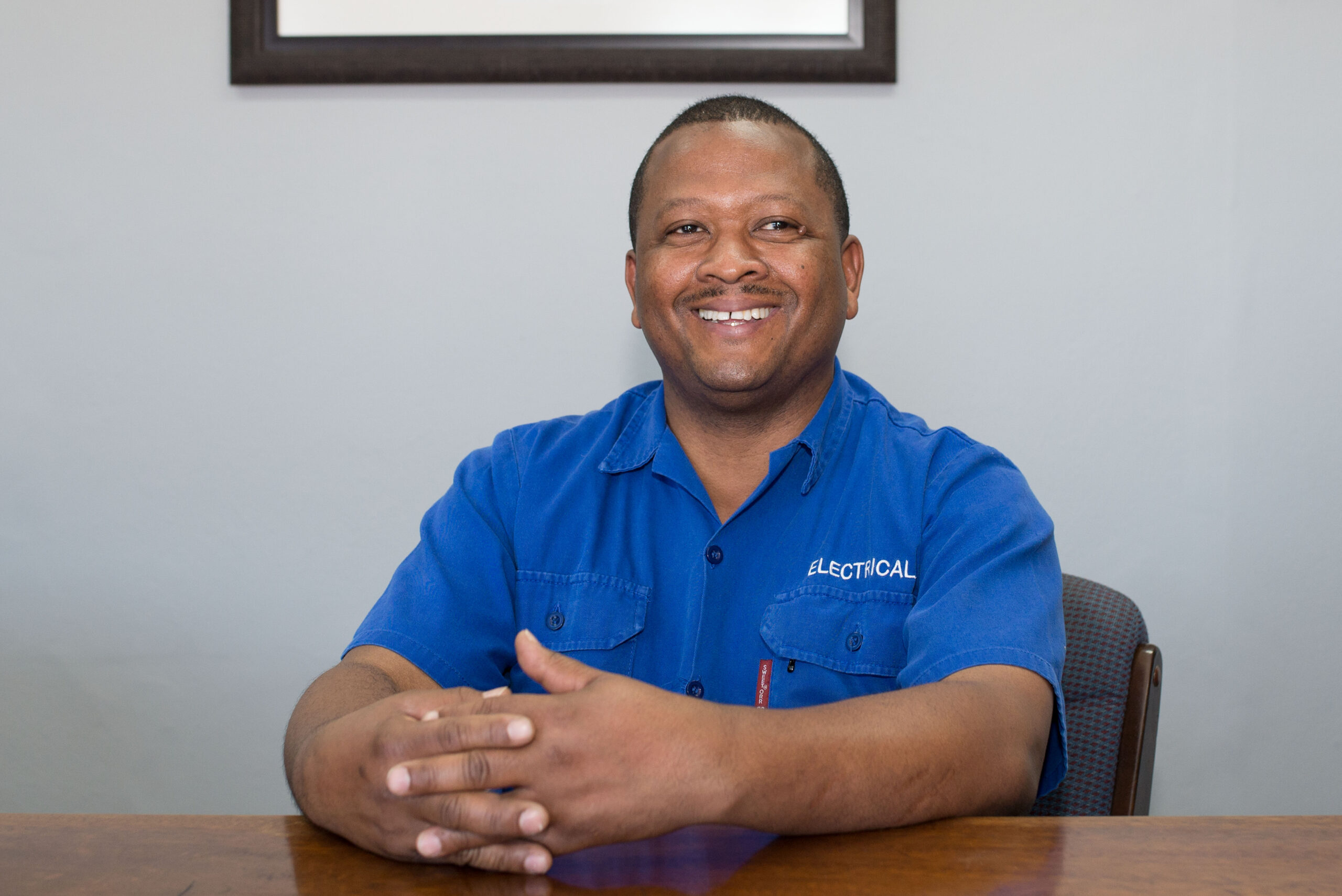 This is what Electrical Supervisor at Pioneer Fishing West Coast, Peter Engelbrecht (50), attributes as the secret to his success.

Born and bred in Laingville, he celebrated 25 years at the company in 2021.

His grandmother played a big role in his upbringing and her dream for him was to become a community worker or priest as she wanted him to plow back into the community. “She believed in me when I didn’t even believe in myself and my mother prayed for me and that inspired me.”

As the first person to complete high school in his family, he had his heart set on becoming a history teacher and studied at the Bellville Teaching College in Kuils River.

After getting distracted with “Unpopular friends,” he failed his second year and didn’t return.

For the next three years he held casual positions at various places until he got the opportunity to study Electrical at False Bay College in 1995.

“My mother always said when you get a second chance in life, you need to grab it with both hands and I did.”

After completing his N3 qualification in Electrical, he was back in the West Coast looking for employment and was offered a position in the Labeling Department at Pioneer Fishing.

About five years passed and he was becoming increasingly despondent that there would be no opportunities in the Electrical department, when the company sent him for psychometric testing.

“I will never forget the words of the psychologist. ‘He has big feet that is steadfast and has a clear understanding of what he wants from life’,” Peter recalls.

“I never want to stop learning and have done a number of other courses in between , like PLC , MV Switching  ,  Softstarters and Drives Training.”

During 2008 the company gave him the opportunity to train apprentices and this was a full circle moment as now he could put into practice the two years of training at the teachers’ college, but also gave him an opportunity to live out his passion for teaching.

He describes himself as a strict but patient teacher and has to date trained 11 apprentices, who are all from previously disadvantaged communities and about half of which are females. Nine of these apprentices have since qualified and work for some of the biggest companies in South Africa.

Some of the people who encouraged and supported Peter on his journey was teachers Mr JR Williams at St Helena Bay Primary, Mr Constable at Weston High and his wife, Moira, who sacrificed with him , while he pursued his dreams and furthered his studies.

The value of working hard, having faith and sacrificing is what Peter aims to instill in his son Chad , who is in Grade 12 this year.

This website uses cookies to improve your experience while you navigate through the website. Out of these, the cookies that are categorized as necessary are stored on your browser as they are essential for the working of basic functionalities of the website. We also use third-party cookies that help us analyze and understand how you use this website. These cookies will be stored in your browser only with your consent. You also have the option to opt-out of these cookies. But opting out of some of these cookies may affect your browsing experience.
Necessary Always Enabled
Necessary cookies are absolutely essential for the website to function properly. These cookies ensure basic functionalities and security features of the website, anonymously.
Functional
Functional cookies help to perform certain functionalities like sharing the content of the website on social media platforms, collect feedbacks, and other third-party features.
Performance
Performance cookies are used to understand and analyze the key performance indexes of the website which helps in delivering a better user experience for the visitors.
Analytics
Analytical cookies are used to understand how visitors interact with the website. These cookies help provide information on metrics the number of visitors, bounce rate, traffic source, etc.
Advertisement
Advertisement cookies are used to provide visitors with relevant ads and marketing campaigns. These cookies track visitors across websites and collect information to provide customized ads.
Others
Other uncategorized cookies are those that are being analyzed and have not been classified into a category as yet.
SAVE & ACCEPT